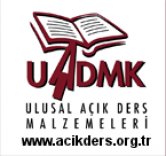 Index Medicus for WHO Eastern Mediterranean 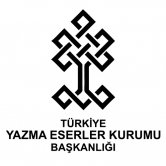 The Library of Economics and Liberty

The Library of Economics and Liberty features educational resources for the study of economics. Materials include Over 100 classic and modern online books and essays on economics, by authors including Adam Smith, James M. Buchanan, Frédéric Bastiat, Ludwig von Mises, Friedrich A. Hayek, Frank Knight, David Ricardo, Frederic Bastiat, Jeremy Bentham, Alfred Marshall, and more. The Concise Encyclopedia of Economics, David R. Henderson, ed., an encyclopedia containing articles by over 100 economists, plus biographies of over 80 famous economists. Monthly economics articles by professors and thinkers, including frequent contributions by Mike Munger, Fred McChesney, and articles by David Levy and Sandra Peart on the origins of the term "the dismal science" and the history of economic thought. An economics blog, EconLog, with co-bloggers Bryan Caplan and Arnold Kling, on topics ranging from free trade to immigration to the influence of economic thought on films, comics, and novels. A weekly economics podcast, EconTalk, with host Russell Roberts, including book reviews and educational discussions on economics, political economy, political science, and markets, featuring interviews with Nobel Laureates, authors, and business leaders. Monthly columns on economic topics of interest outside the United States by Anthony de Jasay and Ibsen Martinez. Fully searchable free resources for students and teachers at all education levels, including high school, college, graduate school, home-schoolers, post-graduate self-education. Resources are chosen to appeal to a variety of interests, from academic research to casual curiosity.

You can search for popular books, music CDs and videos—all of the physical items you're used to getting from libraries. You can also discover many new kinds of digital content, such as downloadable audiobooks. You may also find article citations with links to their full text; authoritative research materials, such as documents and photos of local or historic significance; and digital versions of rare items that aren't available to the public. Because WorldCat libraries serve diverse communities in dozens of countries, resources are available in many languages.

Over the next years, the most important medical journals will be available online, free and in full-text. The unrestricted access to scientific knowledge - the new standard in medical publishing - will have a major impact on medical practice. 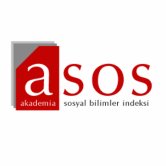